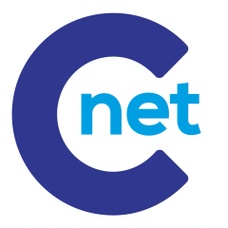 Providing support for all with NET Cancer

Well, mine is kind of a trickster! I had a tumor in my appendix then removed by a right colon hemicoletomy. But then, I became very ill in which no doctors would believe me. It's all in your head, idk what to say Laura your lungs are horrible they are scar tissue but we can't explain it. Your asthma is becoming worse and your heart seems to be dropping very low blood pressure. But we see nothing , blood and urine is coming back in ok range. That is what makes mine a challenge because mine is now hiding . I have The syndrome and it's taken over my body; but silly me I’m just the patient. I also have to travel to NJ to see a real carcinoid doctor. He believes that my other tumor is the size of a pin drop, a grain of sand even smaller. And it's hiding inside my scar tissue in my lungs. Another challenge that my oncologist In Erie Pa where I live who believes nothing is wrong with me, is now being run by the NJ the Carcinoid specialist. I only got to see a Carcinoid specialist because the Regional Cancer Center here release me through out the years... because they didn’t believe me. But they continue to fight with Dr.Condemi in Teaneck NY at Holy Name Medical Oncology Center because they believe he is lying. I have many Respiratory failures, and my heart was filled with fluid. But Erie Pa wouldn’t do anything about this. Dr. Condemi in which got ahold of us from The Carcinoid Foundation and told me to pack a bag and leave that day. We live 7-8 hours away from NJ, and it was a Friday. We left early that a.m. he had a team waiting for me, and I had emergency heart surgery that Sunday for the fluid in my heart, That drained for 3 full days. I was then placed on my Treatment of sub-q shots 3 times a day of Octreotide Acetate and then every 21 days of LAR. I’m in a battle like all of us are. But if we stop our fight then we can’t

Let out your own Rareness! Show the world you’re Zebra.

A nightmare, but doable, if that makes sense. I thought when I was younger this was normal, this is how everyone feels. This must be the way everyone feels with severe asthma, and this is just how it goes. I really never questioned it, until in 2004. Then I knew my life was different a different path now . Ever since then I began to become so much worse. This has taken over my life. I've worked my ass off to get to were I am today but yet now that college degree that I fought for, I don't need it. Nope . Why? Because of Carcinoid Syndrome Cancer. I tried to become the best at Taekwondo but something stopped me. It has taken over everything. And I don't believe I have anything wrong with me. I sure don't act it and you wouldn't tell if u looked at me that I had a rare cancer. But I guess there's a reasons we are the "look good cancer." But with those things said all of that makes it all worse because I want what all my friends have. But I can't. Mine will never be the same. It eats at your soul in a way because it shows u what you can't have. And it does it's job. I do have a beautiful wife and an 11 month old baby boy that I'm still unsure how I was able to have my own family! But then... I know I'm worse the doctors told me so. And my wife and family and friends know. I know deep down in sure my lungs will take me. So that's where nightmare comes to play. You work so hard, so hard not become that person that is sick all the time, or talks about it, ruins plans or just stays home. Or become the Patient who is now going to appointments over 5 times a week and is so tired to keep packing up the baby running to different sitters then rushing back to get him to take him home to get ready for another one. Or the Patient who know loves to do things can't as much. It's a nightmare watching the world go by and your in a loop that you live and work as hard as a healthy person but your not and people will and do look at you different. It makes my life as a horrible tease.

“I started experiencing tinnitus quite a few years back, doctors kept putting it down to exposure to loud music and ear wax build up.

After many visits back and forth getting them syringed I decided to change surgeries due to lack of confidence in them. The new surgery referred me straight away for further investigations due to seeing a shadow when looking in my ear. I was sent to my local Hospital where I had a hearing examination and again said it was just tinnitus from exposure to loud noises.

Something didn't sit right with me, I'm not sure what it was but I wasn't convinced and insisted on further investigations to which the doctor said I can send you for an MRI just to keep your mind at ease if you like as I was obviously showing signs of frustration and anxiety.

Following on I was sent for an initial MRI scan at the JR, it was picked up and in April 2017. I was diagnosed with a glomus jugular tumour.

On hearing the news I initially burst into tears, some of relief after months and months of agonising wait to obvious fear and anxiety over what this means.

I suspected the worse although informed that the tumour was benign I had no idea what was ahead of me and how I would cope.

After diagnosis I was sent for other scans an MIBG , PET and Dotatate all of which were to get a clearer understanding of where exactly the tumour was located, size etc in order to determine the best possible treatment.

I was also sent to the Royal free hospital in London for a second opinion in terms of a treatment advice.

Surgery was on the table to start but after a lot of consideration it was decided too complex and difficult to perform.

I was the sent to the endocrine team at the Churchill Oxford for further investigations. They suspected the tumour might be secreting a hormone so blood and urine samples were taken and they were correct.

The treatment then offered changed to a type of Radiation therapy called PRRT. This was what I received , I had two rounds in May and October of 2018.

It has kept my tumour stable , no further growth and the hormone levels have dropped slightly. I am now being monitored by scans every 6 months.

The PRRT therapy was a lifeline.

I felt so hopeless after being told surgery was too high risk and nothing else was available.

I felt very alone and confused about what this meant and extremely anxious about my future.

This treatment was amazing. It was non invasive and only a few weeks of side effects.

This treatment I feel saved me.”

At the age of 63, Simon was diagnosed in September 2017 as having a neuroendocrine tumour of his bowel. This is a rare type of cancer that generates hormones which cause a range of unpleasant symptoms and can put a big strain on the heart. Surgery wasn't an option because Simon's tumour had spread to his liver, so he was referred to Guy’s Hospital for treatment under Professor Val Lewington in the nuclear medicine department.

His team decided to treat him with targeted radiotherapy using a radioactive medicine designed to recognise and attack tumour cells in the body. The treatment involves a course of four injections given every eight to twelve weeks.

Unfortunately, Simon also needed an operation to deal with heart problems caused by the tumour, which temporarily interrupted his cancer treatment.  Once he'd recovered from the surgery he finally had his last treatment in September 2018 and is doing well.

SIMON says that along with having the support of his wife, the amazing nuclear medicine team and overall optimistic attitude at Guy’s Cancer is what’s helped get him through his experience.

‘When you arrive at Guy’s there’s nobody you see who isn’t positive with you,’ says Simon. ‘The psychological effect of it is that you then feel positive yourself. So for your next visit, when you get on the train to London Bridge you don’t set off thinking it’s going to be negative. And when you arrive at the hospital, you hear the positive attitude that you will be cured and you will get better – but also why you’ll get better.

‘That’s what sets Guy’s aside from every other hospital I’ve been to during this process. It’s like a different way of life, never mind anything else.’

The couple have multiple plans in progress for 2019  to fundraise, including regularly holding stands at car boot sales and donating all profits to the Nuclear Medicine Department at Guy's Hospital.

Simon has been approaching organisations through his business networks about giving talks about his experience.

‘Often I’m talking to people and they have a relative or friend who’s been treated at Guy's Hospital, it’s surprising how many people have,’ says Simon. ‘It’s good to be able to let people know about fundraising and tell a positive story with a positive outlook.'

We would love to hear from you. It doesn't have to only be at NET cancer, it can be about whatever journey you are going through.

Maybe its a friend or partner who has cancer and you are supporting them and just need an outlet to express your feelings.

Its tough being the support and you need listening to too!

Email us on contact@netcancerfoundation.com with your story.

Check out this great video